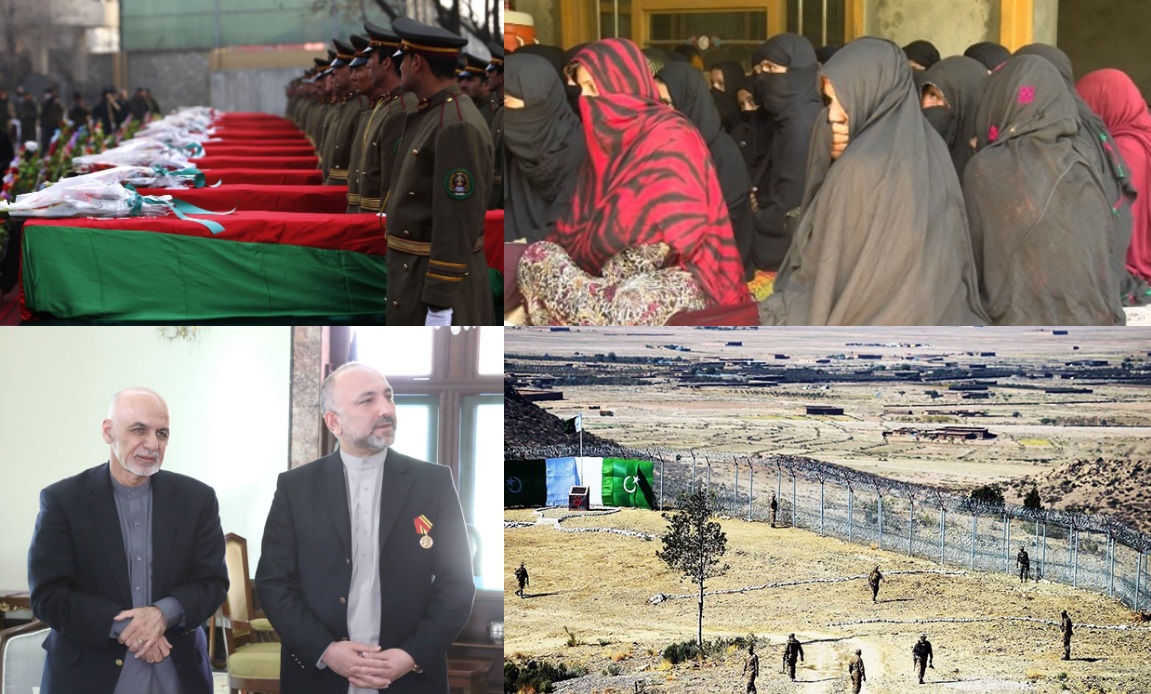 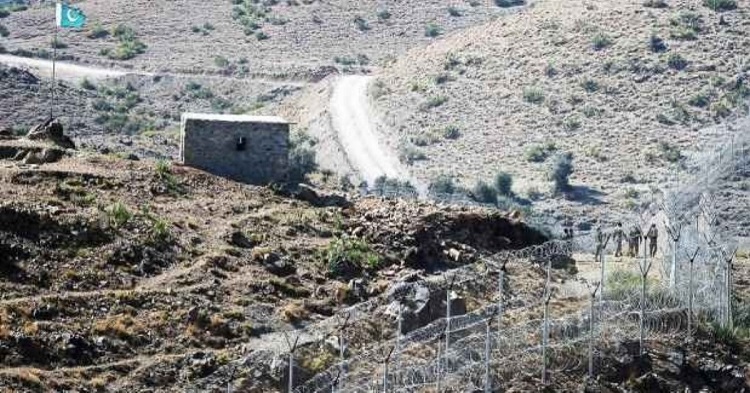 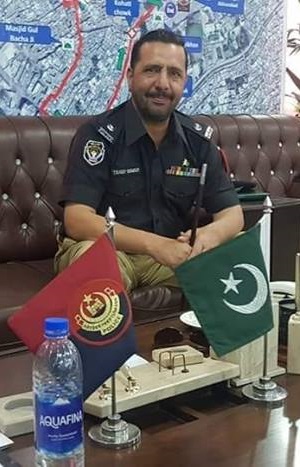 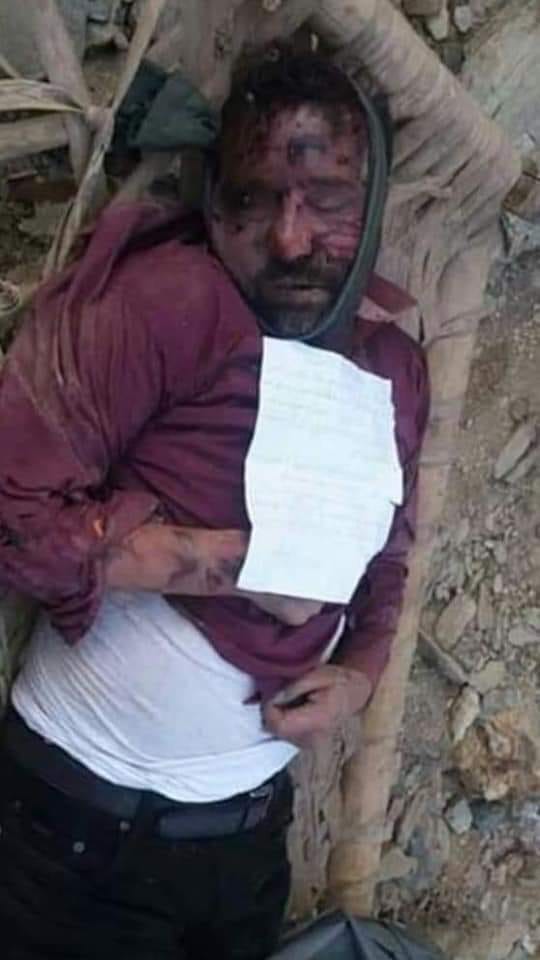 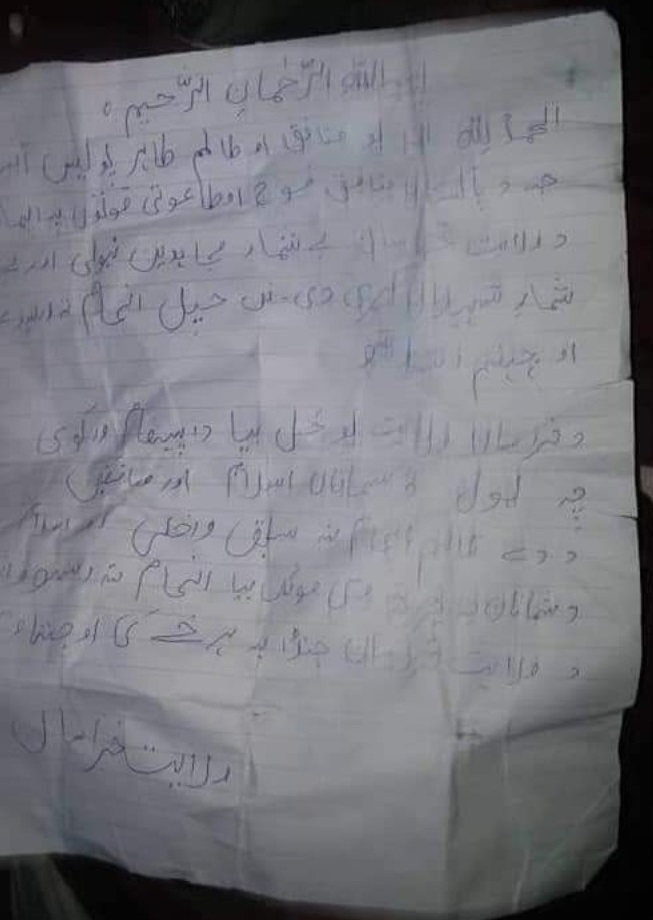 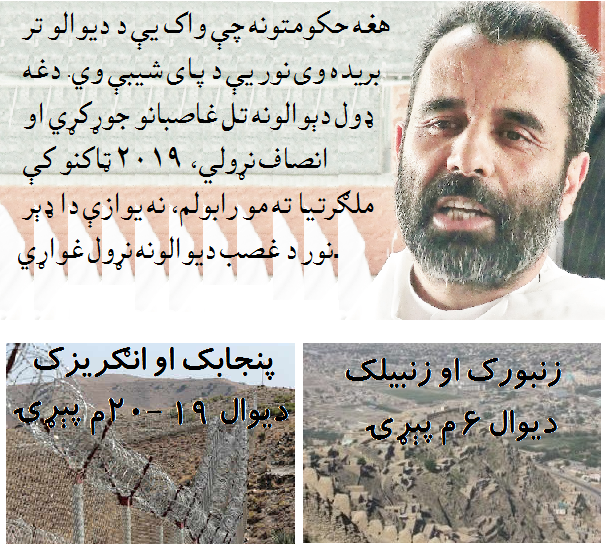 What If A Secular Jihadist, An Army Laundryman Become the Next Prime Minister Of Pakistan?
2018-07-22 00:00:00
Being a leader in our ancient region require utmost understanding of our societies, their structures, beliefs and especially the mindset and tribal loyalties which have been challenges for ideological formations such as Pakistan. For the past century or so, I have yet to find, an example of a logical leadership that ruled our region by having a deep understanding of the emotional status of our societies and tried to change them from within without imposing themselves by adopting alien ideologies. It seems that the Pakistan army found a new emotional puppet that has a craze for being famous and powerful but without ethics and a societal base. That is why people like him are important for an army that has been killing innocent people in Sindh, Pashtunkhwa, Baluchistan, sponsoring terrorism across the region and have an evident shameful past in east Pakistan or today’s Bangladesh. Therefore, for an understanding of the future in our region, a look back to the past matters strongly, it will be difficult to have a good future while undermining the present and the past. That is why it is vital to look at Mr. Imran Ahmad Khan Niazi or for short Imran’s present and past. Imran is the only son of Ikramullah Khan Niazi and his wife Shaukat Khanum. Long settled in Mianwali in northwestern Punjab, his paternal family are of Pashtun ethnicity and belong to the Niazi tribe, he does not understand or speak the Pashto language nor has any clue about Pashtun code of conduct the Pashtunwali, if he did he would not be a gigolo. Although he calls himself a Pashtun by blood, which has been an opportunistic approach by many deceivers to deceive the tribal society of Pashtuns in Afghanistan and Pakistan while imposing leadership from outside. There is another big historical connection what Imran’s government may lead to, is a story of another lost Pashtun in Panjab. General Amir Abdullah Niazi was born in 1915 in a small village, Balo Khel, Mianwali, Punjab. Since both Imran and General Niazi belong to the same place, same tribe and have the same craze for power and fame, not gaining it by hardworking and ethically, but by short cuts, being puppets, without respect for indigenous values, ethics and have their own initiatives. To understand the Imran’s future government, it is important to study General Niazi and his shameful actions and atrocities committed in Bangladesh and a shameful surrender to the Indian army. Why is it important to compare general Niazi and Imran Niazi and what lead them to the arrogant, unethical and adventurous characters which brought black spots in history. That is because of an overreaction from the class and cast system originating in India and having a deep root in the Punjabi society. The Pashtun minorities in Punjab are bullied and frustrated very much and that have forced them to give up their language and culture, they are living in depression, sadness and loneliness and these issues are persisted into their adulthood. The way Pashtun society live is very free and democratic by nature that is why it was hard to rule them, apart from some tribal rivalries, there is no cast, class or bullying in Pashtun society. But when these vibrant and freedom loving people settle in non-Pashtun societies they face high prejudice specially in Punjab. Therefore, they develop the inferiority complex which lead to the aggressive behavior in compensation that is found in General Niazi’s behavior of committing atrocities while being part of nonsensical wars for the British empire in Burma and then for Pakistan in Bangladesh. The emotional and aggressive behavior of the lost Pashtun Imran declaring Jihard against neighbours; slapping his volunteer workers and talking high of Islam which he hardly practices, show his revengeful and ambiguous character. Himself being a secular highly blamed for lust, having unlawful relations and marriages with non-Muslim women, he declared Jihad in Afghanistan against his parental Pashtun society just to please the hypocrisy of Pakistan Army. The Pakistan army having received billions of Aid from western allies, they are their number one ally in the war against terrorism in Afghanistan, but at the same time the same army is hosting and supplying western enemies in Afghanistan. The west and Pakistan army has been using modern psychological warfare tactics and pretext of terrorism to dehumanize Pashtuns for reasons; to exploit their natural resources and use their strategic location for destabilize the region. It is important for Imran and his followers to look back and correct themselves to prevent a repeat of General Nizai’s history, by not following the Pakistan army but strengthening the civilian government in Pakistan, they should fight for the right of every minority in the federation of Pakistan so as to not create more revengeful characters like Imran and General Niazi, they should also note that only Lahore can’t decide for Punjab and Punjab is not all Pakistan, widen your horizon. By Noor Rahman Liwal An Afghan philanthropist, entrepreneur, owner of multi-national companies, Pashto TV and Afghanistan Presidential Nominee 2014. Lived and worked with Mujahideen parties, United Nations Agencies, NGOs and ran business as refugee in Quetta and Peshawar, Pashtunkhwa. Was the first to enable computer for Urdu languages in the 1990, the then Pakistan minister of technology offered him high ranking job and Pakistani nationality which he refused. 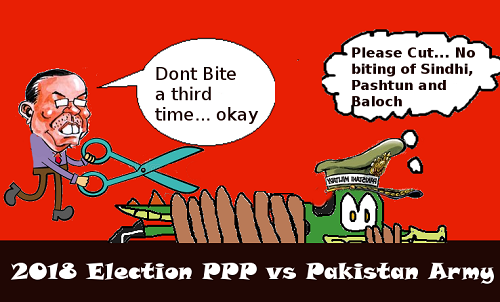 The civilian government of Pakistan People Party may bring stability to Pakistan and naturalize relations with neighbors
2018-07-05 08:00:00
We from Afghanistan want good relations based on mutual respect with our neighbors. In case of Pakistan that could not be materialized because of our dispute over Pashtunkhwa. Unless that puzzle is solved, Pakistan will remain defenseless, volatile and hostile to Afghanistan. The coming election in Pakistan is crucial, because of Pakistan's interdependence shift from West to China. This shift is affecting relations with India, Afghanistan and the West. Therefore it is important to know whom's winning may bring stability to Pakistan and naturalize relations with neighbors, while whom's winning can escalate further conflicts and destabilization in Pakistan and the region. The civilian politics in Pakistan are vested in Sindh based Pakistan People Party (PPP) and the Punjab based Muslim League (ML), other parties and those specially in Pashtunkhwa and Baluchistan are acting like kingmakers, but the real kingmaker is Pakistan Army, in fact Pakistan army has a country that is called Pakistan. Punjab, the most densely populated province about 600 person per Sq. Km, almost triple density from other parts of Pakistan is contribute about 57% of Pakistanis GDP and nearly 70% of Pakistan Army men are Punjabies, because they are poor and over populated. In fact the Pakistan army is Punjabi Army that takes care of the interests of Punjab. The Pakistan Army is involved in every aspect of Pakistan through their corrupt and bloodsucking enterprises and even have a compulsory placement of retired army officers in most business in Pakistan. The army base is in Punjab and that is contributing a lot to the prosperity and productivity of Punjab by stealing energy and natural resources of the other federating units. Therefore, since the ML base is Punjab, therefore, ML is greatly controlled by the Army, that means ML government is a de facto army government and everyone knows what is the Job of armies. The civilian power is shifted to PPP only when Pakistan army commits enough atrocities in other federating units and people of Paksitan are fed-up of the army's dictatorship. Historically, in such situations PPP gets the chance to power, but the Pakistan army will make the civilian government so ugly that people will be calling for the rescue of Army again and that history is repeating in Pakistan again and again. Now the situation is same again that PPP may win the July 2018 election because Army needs to clean their dirty hands and for that reason, Army can not bring ML to power, PTI means another face of the Army, so they are also out of the rat race. Therefore, PPP winning the election is a must provided they pay attention to their leadership and bring veteran PPP member back on board. The civilian government of PPP may bring stability to Pakistan and naturalize relation with neighbors, but that can only be achieved if the populist party bring drastic reforms to enterprises of the Army and finish its bureaucracy by privatizing the army enterprises that will relieve the besieged people of Pakistan and free their economy from the menace of the Army. This will be that last chance of India, Afghanistan and the West to save Pakistan from becoming the dragon of China like North Korea. Noor Rahman Liwal An Afghan philanthropist, entrepreneur, owner of multi-national companies, Pashto TV and Afghanistan Presidential Nominee 2014. Lived and worked with Mujahideen parties, United Nations Agencies, NGOs and ran business as refugee in Quetta and Peshawar for 25 years. Was the first to enable computer for Urdu languages in the 1990, the then Pakistan minister of technology offered him high ranking job and Pakistani nationality which he refused. 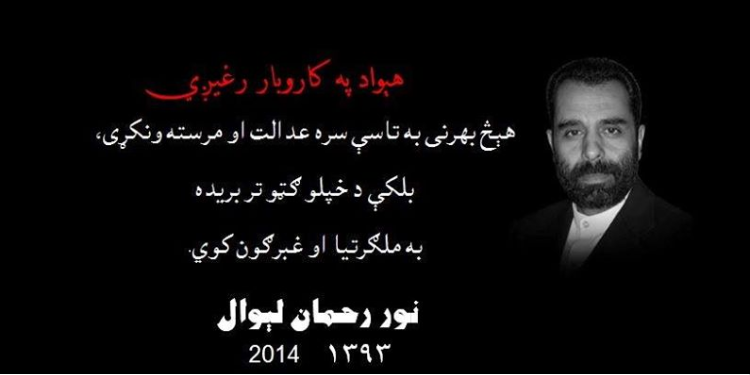